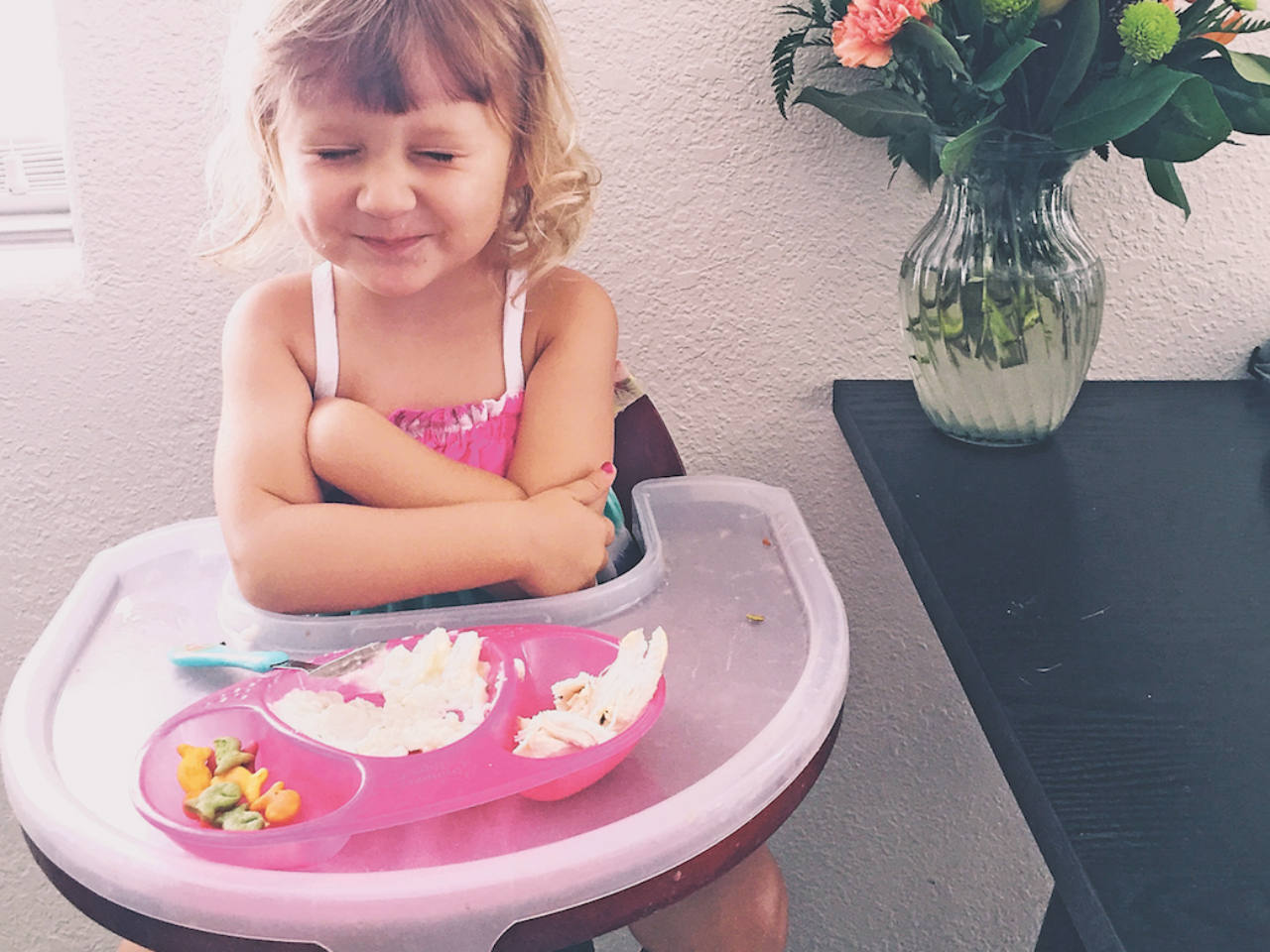 When it comes to advice on how to get her kids to eat, mother of three Jessica Legault has heard it all. “I know you’re supposed to be calm about meals and just put the food out and let them take what they want,” she says. “But when it’s day five of doing that and your toddler still hasn’t eaten anything, you start to freak out.”

“Babies [must] triple their weight in their first year, making frequent feedings essential,” says Molly Roberts, a registered dietitian in Guelph, Ont. “But the average toddler only gains about four or five pounds between his first and second birthday, so his appetite will inevitably drop.” Or it could be a behaviourial issue, says Dickinson. “It may also have something to do with the child being at a stage when they are asserting their independence.”

OK, but what about Legault’s toddler who hasn’t eaten for five days? Even that doesn’t worry Dickinson. “If the child is otherwise well—no fever, sore throat, vomiting—you don’t need to be concerned and can almost always simply wait them out.”

As long as your toddler is gaining weight normally (and remember, “normal” is much slower than it was in the first year) and meeting developmental milestones, you can be reassured that everything is fine. If your little one is not gaining or is actually losing weight, then Dickinson suggests checking things out with your doctor.

Despite experts’ reassurances, a hunger-striking toddler is still very frustrating and worrying for parents. “I rarely—maybe never—get to the end of the day and feel like all my children are well-fed,” says Legault. “And isn’t that a primary responsibility of a parent?”

Dickinson gets that. “Parents often feel like they’re not doing a good job if their toddlers don’t eat,” he says. “But your job is to provide healthy choices. Their job is to decide how much to eat. If they don’t eat, it’s on them, not you.”

You can’t force a child to eat, he points out. And because the drive for independence may be a factor in mealtime resistance, putting pressure on her may encourage her to refuse even more.

Here are his suggestions to help motivate reluctant eaters:

1. Be a good role model Try to sit down and eat meals with them. 2. Create some structure “Toddlers can become grazers, eating nothing but low-nutrient snack foods,” Dickinson says. Having breakfast, lunch, dinner and snacks at more or less the same time each day can help. 3. Watch for too much liquid  “Saving milk or juice for mealtimes and bedtimes is helpful, so that kids aren’t walking around all day carrying their bottles or sippy cups,” says Dickinson. 4. Don’t oversell the meal  Piling on the drama—“Oh, this is sooo yummy”—might make the picky eater suspicious and more resistant. 5. Involve kids in food prep Offer your toddler a choice of ingredients to toss in the blender for her morning smoothie, for example, or let her use a cookie cutter to create fun sandwich shapes. 6. Avoid negotiating  Pass on the “just eat three peas” power struggle. “You’re going to lose this one,” says Dickinson. Making mealtimes stressful won’t increase your kid’s appetite. “You can give them a little nudge, but if they don’t respond, it’s better to back off.”

And go easy on yourself as well. “Parents shouldn’t think they’re doing something wrong,” says Dickinson. “This is more about the child’s development and temperament than parenting. If you keep offering, Mother Nature will ensure he or she takes in enough calories to promote normal growth.”

Expert tip: Eat Right Ontario (eatrightontario.ca) recommends serving foods from at least two food groups as snacks for toddlers. This can also be a way to encourage eating: by pairing a favourite food (say peanut butter) with another your kid is less crazy about (say whole-grain crackers) you may get her to eat both. Try apples and cheese, hummus and steamed vegetables, or banana slices with a little almond butter.