What do you do when your son wants an American Girl doll that looks like him? Well, you get crafty and make him one. 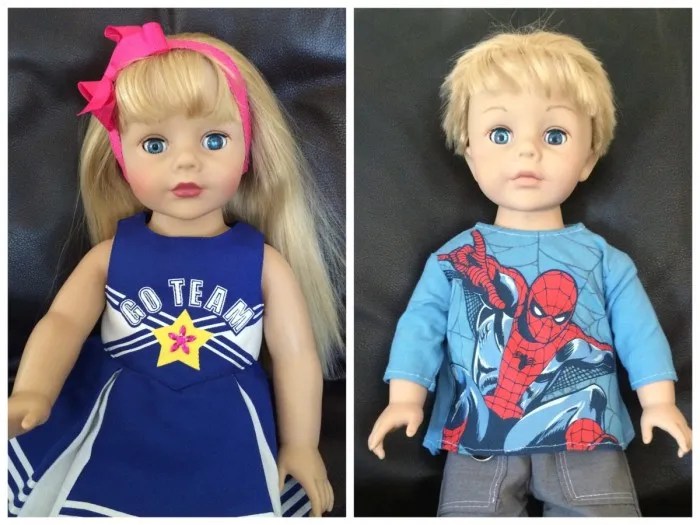 Gina DeMillo Wagner’s son, Miles, had only two things on his birthday wish list—Lego and an American Boy doll. So his mom, freelance writer, photographer and blogger, Gina, got crafty and created a doll that looks just like her son.

It all started when Miles’ older sister, Bronwynn, got a “Truly Me” American Girl, which is a doll designed to look just like its human best friend.

“My son, naturally, wanted a doll that looks like him, too,” says Gina. “Trouble is, there are no 18-inch ‘American Boy’ dolls available.”

Gina wasn’t surprised that her six-year-old son wanted a doll, especially since he and his older sister play together on a daily basis. 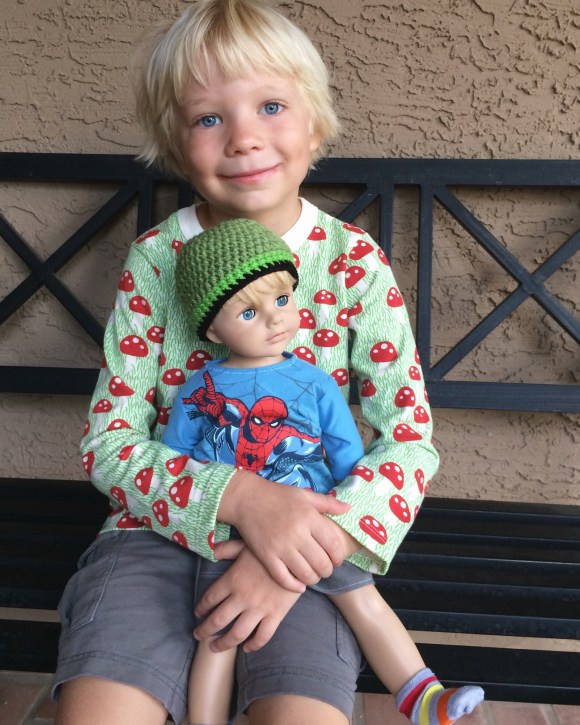 Gina ended up buying a blue-eyed, platinum-haired Madame Alexander doll off Ebay for $25 and doll boy clothes off Etsy. All together, the doll cost less than $50.

Then Gina chopped off the long blonde locks, trimmed the eyelashes, removed the doll’s makeup with nail polish remover and voilà, a doll for Miles.

Miles ended up named his look-alike doll “Fred Jones.” Great choice, Miles! We love your new doll and hope you have lots of fun with him.

Read more:
Does your child challenge traditional gender roles? >
My son took a pink yoga mat to school—and my daughter freaked out! >
Why does McDonald’s still label toys based on gender? >