There’s a scene from Pixar’s newest movie, Turning Red, that I can’t get out of my head. In the scene, protagonist Meilin Lee is frantically doodling what can only be described as anime mermen who just happen to look like her crush. It’s a hilarious scene, setting up a movie that tackles puberty in a refreshingly candid way.

Turning Red, streaming on Disney+ starting March 11, tells the story of Mei, a Chinese Canadian tween living in Toronto. One day, Mei transforms into a giant red panda—and learns that all the women in her family go through this startling change during puberty, poofing into a red panda whenever they feel any strong emotions (which, for an excitable tween girl, is often).

I’ve never seen anything quite like it. Like Mei, I’m also a Chinese Canadian girl who grew up in Toronto. But aside from being relatable to me personally, the conversations around puberty, menstruation and friendships feel truly universal. Everyone has, at some point in their awkward tween years, been so mortified that (maybe) transforming into a giant red panda would be easier than dealing with the embarrassment.

Directed by Domee Shi, who also directed Pixar’s 2018 Academy Award-winning short Bao, Turning Red is the first Pixar movie directed by an Asian woman. It’s also the first Pixar movie solely directed by a woman (before Shi, Brenda Chapman was hired to direct 2012’s Brave but was fired and replaced with a male director due to “creative differences”). This is also Pixar’s first film with an all-female leadership team—the writers, director, producers and lead creatives are all women.

Here, we talked with Shi about Asian representation, female friendships and getting real about periods.

This is such a unique story—what were your inspirations?

The main inspiration was my own life growing up. Like, I was Meilin Lee. I was that nerdy, excitable, tween girl that was just struggling with being her mom's perfect daughter and the raging hormonal beast inside me that got into fights with her every day. Making this movie was my attempt to unpack what was going on during that time—not just from my point of view, but from my mom's as well. 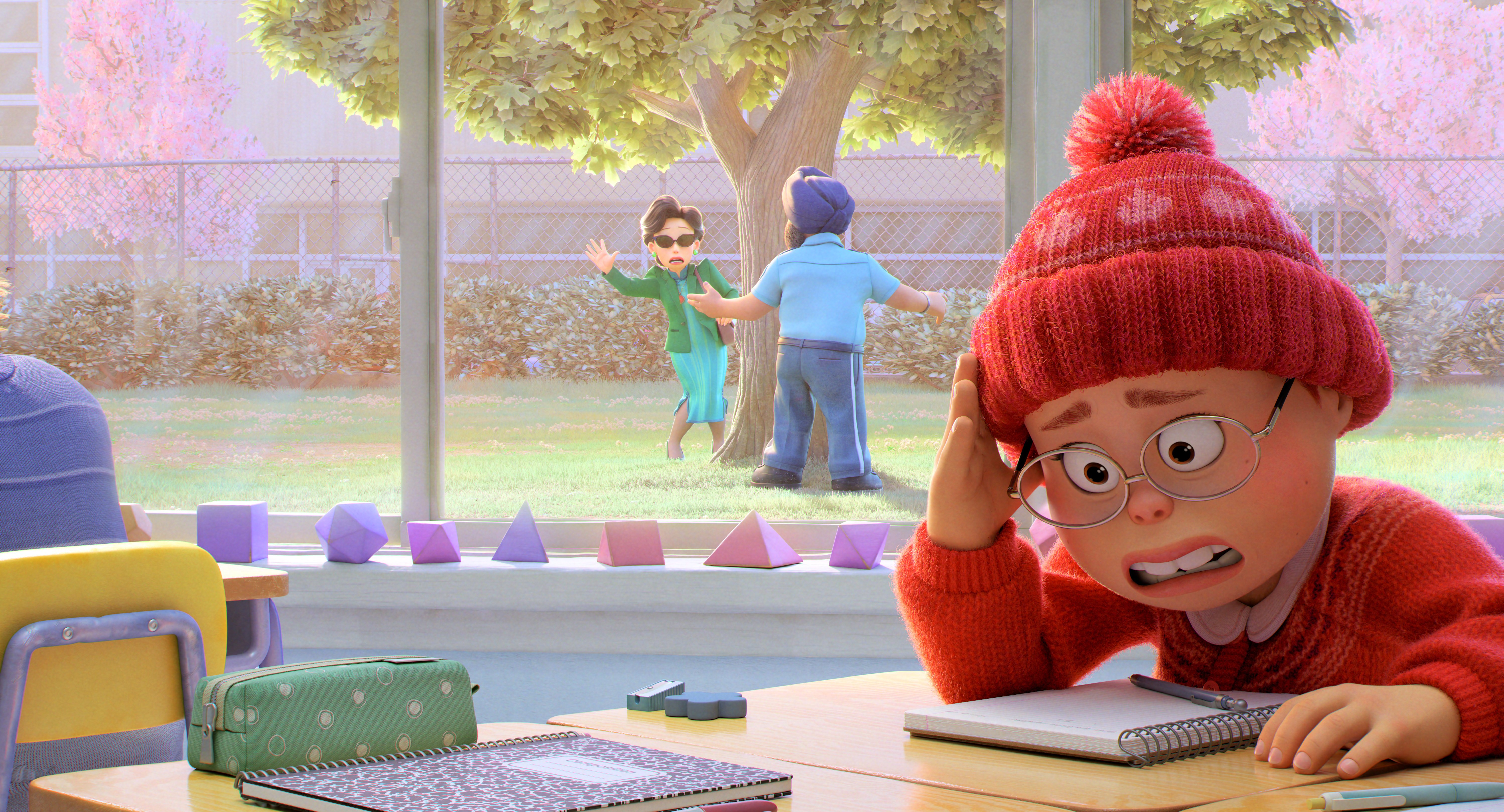 How did having an all-female team help you tell this female-centered story?

It made us bolder in our choices and the story. All of those spicy elements in the movie, like the scene with her mom and the pads in the bathroom, all those scenes with Mei going down her lusty drawing spiral, the weird boy crushes… All of that was in the first version of the movie. We never shied away from telling those uncomfortable, cringey, awkward details of girl adolescence because a lot of us have experienced it. So any time one of us would be hesitant to include a scene, there would be a chorus of women going, “no, push it more! You remember how it felt! Make the audience feel that way too!”

The conversations around puberty and periods are so open in the film. Why was it important to you to have those conversations be grounded and realistic in an otherwise fantastical film?

I just wanted to give this movie to that 13-year-old me who was very confused and never got “the talk” from her mom and who was in the bathroom freaking out like Mei is in the movie when she first turns into a red panda. My hope is that this starts those conversations and that we can eventually just normalize talking about puberty and menstruation and not feel so weird about it. But until then, please watch this entertaining movie about a red panda running through Toronto.

The movie also really places emphasis on the relationships between women. Why did you choose to focus on these types of relationships?

They are so important in a girl's life and I think in order for a girl to really mature and grow into herself, she needs loving, supportive relationships with other women and girls. I was really excited to show just how close and weird and specific girl friendship is and really celebrate that. Because you don't often see that in movies—a lot of the times, girls are pitted against each other and they're kind of catty. But that was not the case here and I really, really just wanted to celebrate that girl friendship. 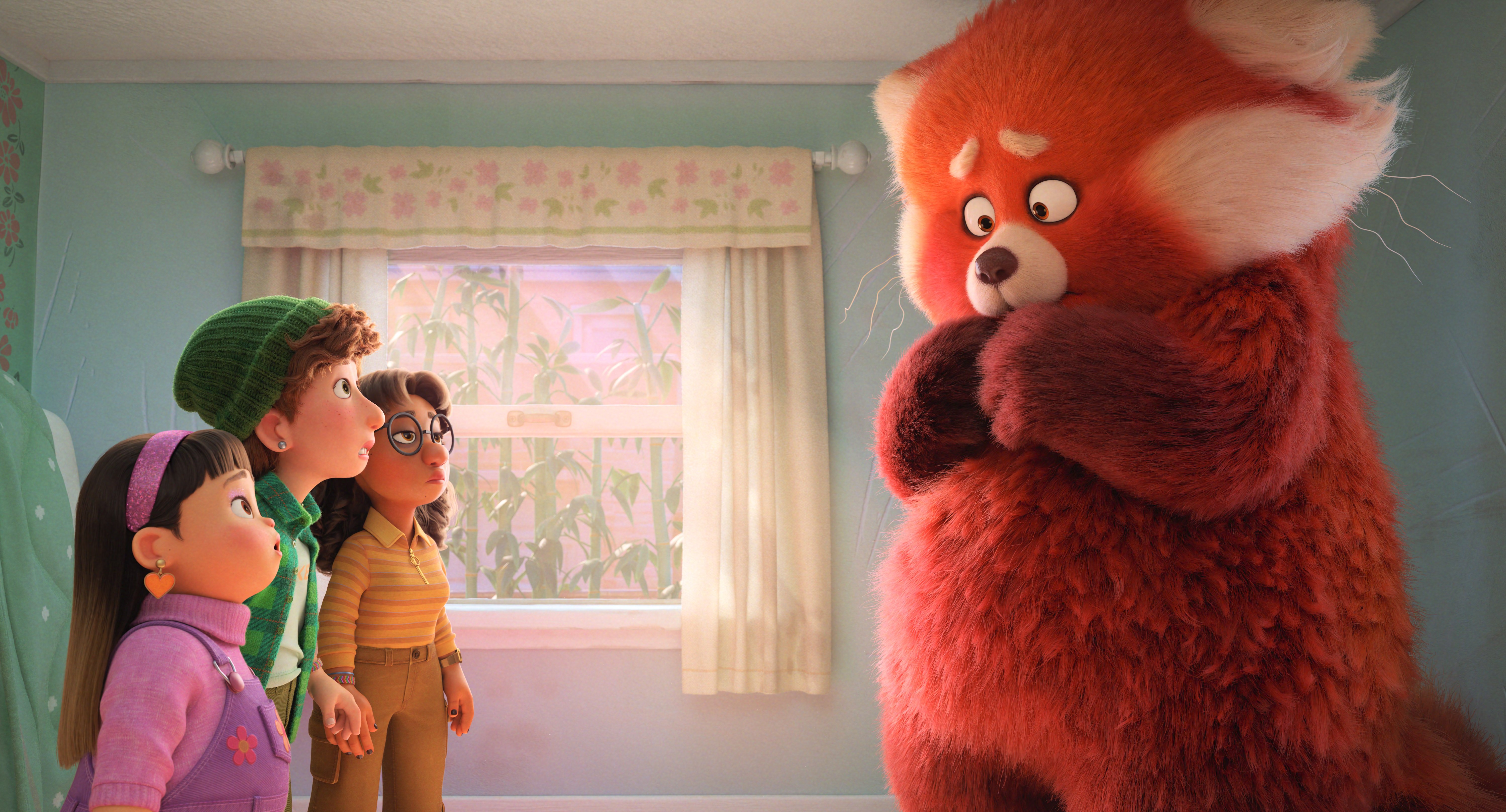 And the women in the movie were so diverse! Like there were other Asian girls in Mei’s friend group. Why did you choose to depict this kind of friend group?

I wanted to depict what my friend group looked like growing up, and there were a lot of Asian and South Asian people in my social groups. If we're gonna set this movie in Toronto, we had to do that. But I was really excited to also just showcase how different each girl is and how distinctive each of their personalities are. And each girl is kind of based off of a real friend that I think all of us have had.

This movie also comes out at a time where conversations about what it means to be Asian is so fraught. But this film is so joyfully and unapologetically Asian Canadian. Why was it important to you to tell a story that celebrates being Asian Canadian?

Selfishly, I just wanted to put all the things that I love into this movie. I grew up around Asian culture, I love Asian culture. I get excited especially when I'm able to depict Asian food and really celebrate and educate and show audiences around the world this world what I think is cool and worth celebrating and worth telling stories about.

It’s really important right now with all that's going on in the world and with the rise in racism against Asians. Celebrating these stories and showcasing stories with Asian faces with Asians behind the camera really just proves that we're here and we deserve to have stories written about us and that our culture deserves to be celebrated and that we deserve to feel safe.

Turning Red comes out on March 11 on Disney+

This interview was edited and condensed.