If there’s a silver lining to this pandemic and the restrictions imposed on our personal liberties, it’s that I am learning what involuntary loneliness feels like. It’s a lesson that my son Carter, who was born with Down syndrome, has always understood. Isolation and social distancing are experiences he faces in his everyday life. Unexpectedly, COVID-19 has provided me an opportunity to understand his vast capacity for resiliency.

At 14 years old, my son is bright and energetic. He excels at flipping forward and backward on the trampoline. He swims with a club three times a week and butterfly is his best stroke. His spirit is composed of music. Whether he is singing in the backyard for all the neighbours to hear, jamming on his saxophone, printing out the lyrics of his favourite songs or listening to his extensive playlist on his cellphone, music is essential in his life. He’s a pretty typical teenager.

But when Carter began attending our community school in regular education classes, we started down a road that was anything but typical. We encountered a lack of resources, insufficient classroom support, inadequacies in professional development and an overwhelming sense of fear. The school system is not set up for difference, not prepared to handle diversity and not eager to adapt. 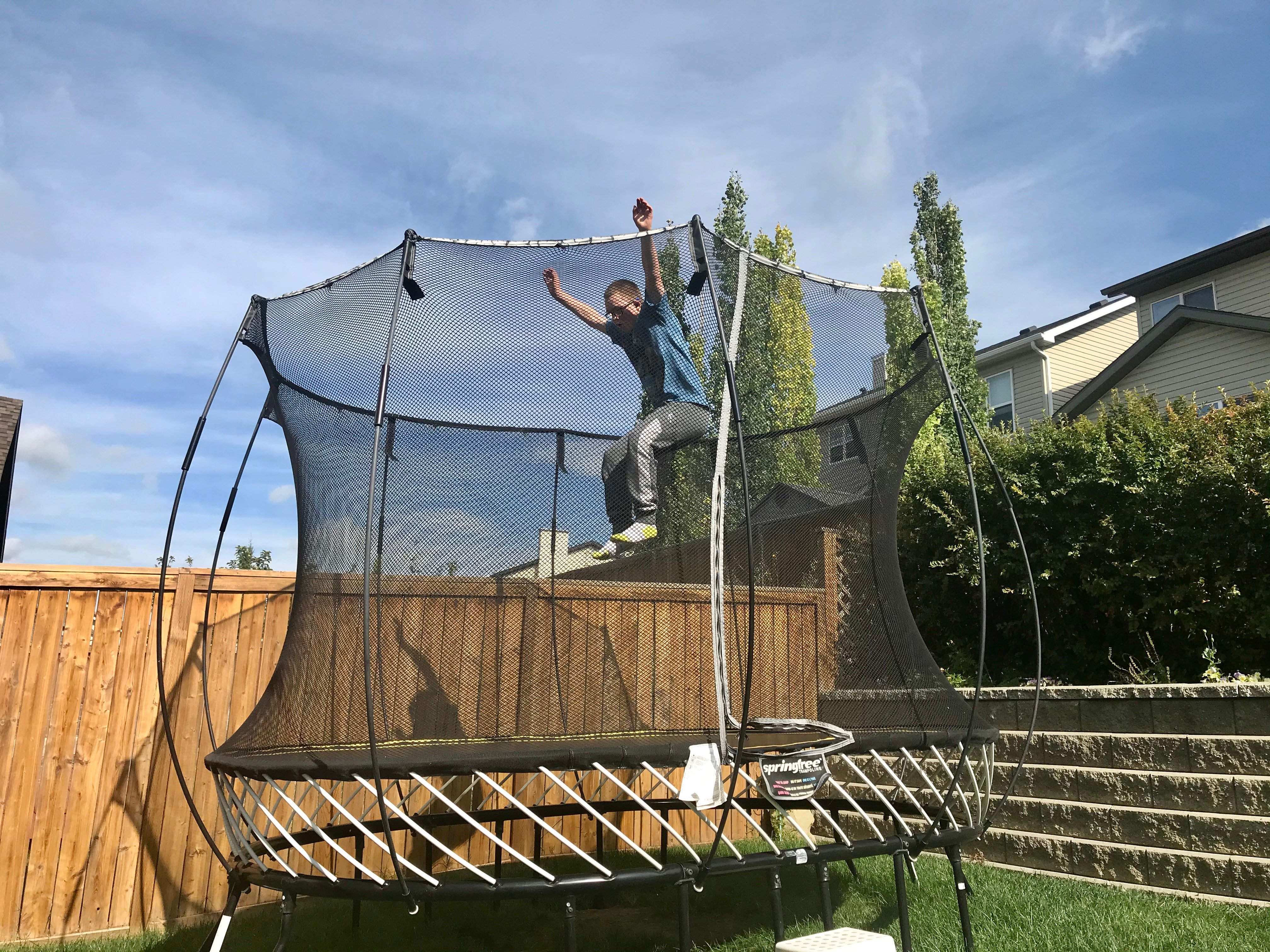 Consequently, I had to fight to have my son included, defending his legal right to attend our designated public school. I sat alone in school meetings, outnumbered four-to-one, facing school administrators who preferred that my son be segregated in a special education program. For them, the idea of putting all kids with special needs into the same room cohered with the traditional “one-size-fits-all” school model. This certainly appeared to be the most convenient setup for the adults involved, regardless of the fact that it may not be a conducive learning environment for all the students.

Like many children with Down syndrome, Carter is very social and a mimic, and benefits most by learning alongside his non-disabled peers. It makes sense for him to be in a learning environment that provides positive opportunities to observe and model peers, engage in modified grade-level curriculum, and develop his ability to participate in and contribute to his community. Unfortunately, I have learned that being included isn’t the same as being accepted or valued as an equal. Even when he has been welcomed into a school, he has been labelled that “Downs kid,” and more often than not is defined by his disability. School administrations hyper-focus on his deficiencies and behaviour instead of identifying his skills and interests. He suffers others’ antiquated attitudes; one principal casually dismissed him, saying, “It’s not like he is going to live in the real world anyway.”

My son has more to contribute than anyone credits him with. He has a big personality and he has equally big emotions. He is silly and loud, empathetic and compassionate. His concern for others is almost palpable. When someone is hurt, he will be the first to slug his arm across their shoulders and ask you if they’re okay. He cares deeply and longs for connection and real friendship. But unaware of social nuances and age appropriateness, my son disregards personal space and talks in people’s faces. Carter’s ability to communicate is modest despite a lifetime of speech therapy. It breaks my heart when others are not able to understand him. He tries and tries again, until it’s clear his audience has given up. I see him throw his hands up in the air and drop his head, shaking it in disappointment and frustration. Sadly, but not surprisingly, teenagers have regularly practised what we now call social distancing with my son. Far too often, he sits in the school hallway alone, eating his lunch and being ignored. I worry about his mental health and the very real possibility of him slipping into depression unnoticed. 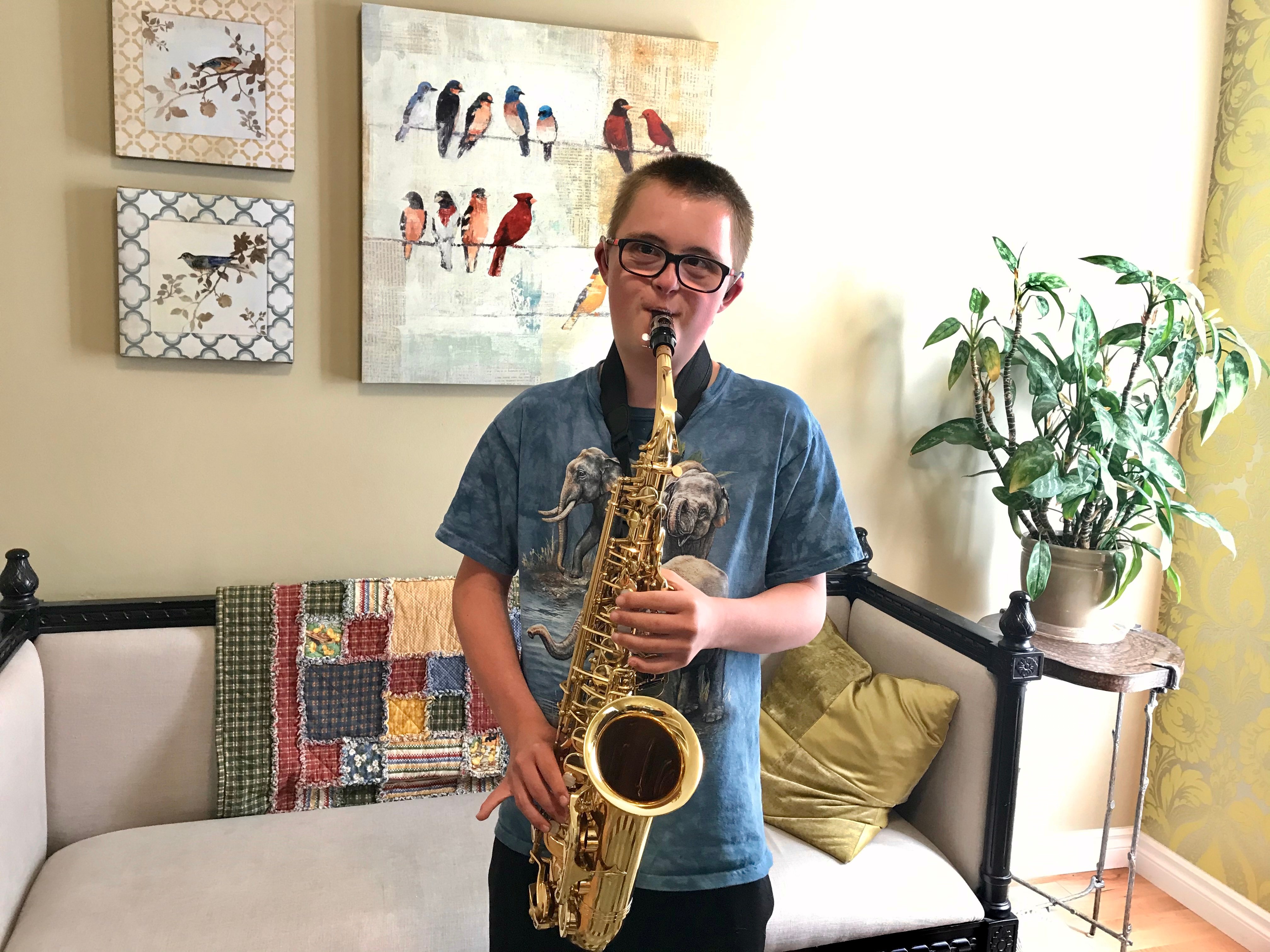 With the onset of the pandemic, the world is unwittingly walking a mile in my son’s shoes. Communication and accessibility have become more difficult. Screens freeze, assignments are lost, and misunderstandings result in frustration. The absence of personal support causes anxiety and loneliness. Unable to connect with peers, children who once intentionally locked themselves in their rooms cry at the reality of being sequestered at home. Parents now share my fear that their children will become depressed as a result of being isolated. And it’s not just children who are susceptible. We all need genuine connection, to feel understood and to know our contribution is valued.

I recently had an epiphany while hosting a video call for a committee that I chair. We had barely started our agenda when my house erupted into chaos. The kids were playing a video game in the next room and suddenly the volume exploded. Even the dog joined in barking excessively. I hastily muted my microphone and stepped away to subdue the mayhem. When I returned and tried to rejoin the discussion however, something went wrong and I could not unmute. Despite all my efforts to participate, the meeting continued without me. All I could do was watch from the periphery.

That’s when it occurred to me: this is how Carter feels all the time. Despite his best efforts to contribute, he’s often stuck in the margins. I felt sad but also grateful, because the pandemic had given me an unexpected gift, the ability to better understand my son. For although I’ve shared all these years with him, I have never experienced his daily struggles first-hand. Now I see him with greater clarity. I am overwhelmed with respect for him and his ability to be resilient in the face of adversity. He endures others’ misconceptions and archaic attitudes. He shows up and tries his best even though it’s hard. He strives to communicate despite frustration and continues to look for real connections despite rejection.

People everywhere, kids and adults alike, are craving real human interaction. The chance to observe a crowd and feel their energy, to read another person’s body language and see if their smile truly reaches their eyes. The freedom from depending solely on the internet to have a class, a meeting or a conversation. Confidence in having clear communication and knowing we have been understood. The comfort of having lunch with the gang, catching up on each other’s lives and sharing experiences. We all eagerly look forward to the days when our version of normalcy will resume.

I hope, however, that Carter’s normal will be different. I hope that his peers and teachers, who now have a profound understanding of loneliness and what it’s like living with social and communicative challenges, will endeavour to build real connections with him. I hope they sing with him. I hope they ask him to show them what he needs, and that charades erupt in the classroom. I hope someone regularly eats lunch with him. I hope he is not only included but that he truly belongs. I hope all his abilities and gifts will be appreciated, and that true friendship will develop through a mutual love of music, swimming and backflips.

Melanie Williams lives with her husband and two children, in Calgary where she actively advocates for improving the quality of and accessibility to inclusive education.